Nimrod - Part 1 : How the Role of Nimrod Began

NB: This article can be found after the following introductory passages.
Before you read this article, please note that, from 1996, I (Pari, the author of this article) had begun to see numerous visions. I was trying to understand what was happening to me. As I was trying to understand this, I began writing all the articles which can be found in this website. Each article is a continuation of the earlier one. So what I had explained in earlier articles were not explained in subsequent articles. This had also allowed me to keep developing what I have to explain. After I had written numerous articles, people were asking me as to which articles they had to read in order to understand something or the other. Thus, in 2015, I began to write books. All the knowledge which a person needs, so as to understand the contents of a book, are given in the book. Thus, a person could understand the contents of a book without having to revert to other articles or books. However, a better understanding could be had through reading the other books. I had also begun writing my first book “Holographic Universe : An Introduction” because I began to have a good understanding on the structure of the Holographic Universe through experiences, guidance from God, research, etc.  It should be remembered that my articles were written while I was trying to understand what was happening to me. So, the emphasis in the articles may have been on my own roles (due to the afterlife of my past births). In my books, I concentrate on just explaining knowledge and not really on giving an explanation on my own role.  It should be noted that since there are so many articles, I find it very difficult to update the articles. So there may be information in them which has not been updated. I try my best to keep my eBooks updated.  Anyway, to have a better understand of what has been said in this article, read all my earlier articles. Begin by reading the first article which is numbered as No.1 at my List of Articles. Then, re-read this article to have a better understanding. It should be noted that all my articles were written based on time being cyclic. Click here to understand the basics of the Cycle of Time.

(includes a discussion on Gilgamesh as the King of Uruk)

Nimrod is a role which many people used. Thus, Nimrod is not just one person. This was why it was portrayed that Nimrod had lived long. It can be said that all those who played the role of Nimrod came within the clan of Nimrod. One has to understand the myth, so as to understand which Nimrod is being talked about (in the myth) because many played the role of Nimrod. Moses had related history in the Bible through just using the name of Nimrod. Moses had not informed as to which Nimrod had done the act because this ‘further explanation’ was meant to be given by the mapmakers, at the End (as I am doing now). It was all those who had left Nibiru (the world that existed at the end of the Silver Age) who had later begun playing the role of Nimrod. Thus, the word Nimrod developed from the word Nibiru/Nibru/Nibur. At first, those who had left Nibiru were involved with the noble act of trying to safe their perfect world. But as the vices began to increase within them, they began to crave for world authority. Thus, the battle developed between the Enlilites and the Enkites. It can be said that this battle began the role of Nimrod. Thus, it can be said that the role of Nimrod began just before the Copper Aged Great Flood and that it was prominent after the Copper Aged Great Flood. The ancient Builders, who had and wanted control/influence/authority over the whole world, were given the name Nimrod.


But the role of Nimrod does not just involve having world authority. It includes playing the immortal role that would put the deity souls on the world stage (at the End). While trying to play this immortal role, the deity souls (in the Copper Age) began to have desires for world authority. Thus, the role of Nimrod began to turn into an evil role.

If one looks at ‘Nimrod’ from the angle that it is an immortal role, my past birth (who walked out of the divine world) began the role of Nimrod since it was he who had informed the others of this role which has to be played by them for the end. All those who were influenced by what he was saying, played the role of Nimrod. Enlil also played the role of Nimrod because he was influenced by what my past birth was saying and doing. In fact, it can be said that Enlil was the first main Nimrod. Since he had world authority he was not trying to gain world authority. When Marduk, the son of Enki, was trying to take over world authority from him, Enlil was just trying to make sure that he remained the ‘world authority’. Enlil was not trying to conquer lands. So Enlil was not a conqueror; but he was involved with building many cities. In each city that he built, there was a Life-Drama in which he was the king. Thus, he was Gilgamesh, the king of Uruk (the biblical Erech) in the Life-Drama in Uruk. Erech is the second city built by Nimrod ( King of Bharath/Enlil) in Shinar, after the Copper Aged Great Flood. Shinar represented the whole world. However, since the King of Bharath was involved with the lands in Sumer/Babylonia at that time, Shinar was often used to represent Sumer/Babylonia. As each city was built, the King of Bharath (as Nimrod) was portrayed as ruling the whole of Sumer/world from the new city that had been built. Sumer represented the whole world. So it was as if he was conquering lands and becoming the king of the whole world from the new city. But he was not really conquering lands because the cities were built in his own lands. Though Gilgamesh has all the qualities that were associated to Nimrod, Gilgamesh was not portrayed as a conqueror. Gilgamesh was only portrayed as an adventurer and as a seeker of mysteries. He was portrayed in this way because as Nimrod, the soul was involved with the development of Mystery Babylon. He was interested in developing Mystery Babylon (based on what Enki had said) because Enlil wanted to make sure that he regained his divine world at the End of the cycle.

The Life-Dramas of conquering, as one builds cities, lead to the situation where others also wanted to be conquerors (as builders). It was more like a game that was turning into a battle. Finally, it lead to Marduk actually trying to conquer the lands of the others. He also wanted to take over world authority from Enlil. This was supposed to happen as per the World Drama. It was all like a game. Yet, it lead to mass destruction that took place in many places, including in the ancients lands around the Dead Sea, in  Mohenjo-daro, Harappa and around Chicxulub, Mexico. Despite these destructive events, the role of Nimrod continued through the line of Enki.

3-7-12 : More on Nimrod can be found at Part 3g - Aliens, UFOs and Parallel Universes: Copper Aged Sahu & Akh, the False Prophet sitting in the Temple of Jerusalem 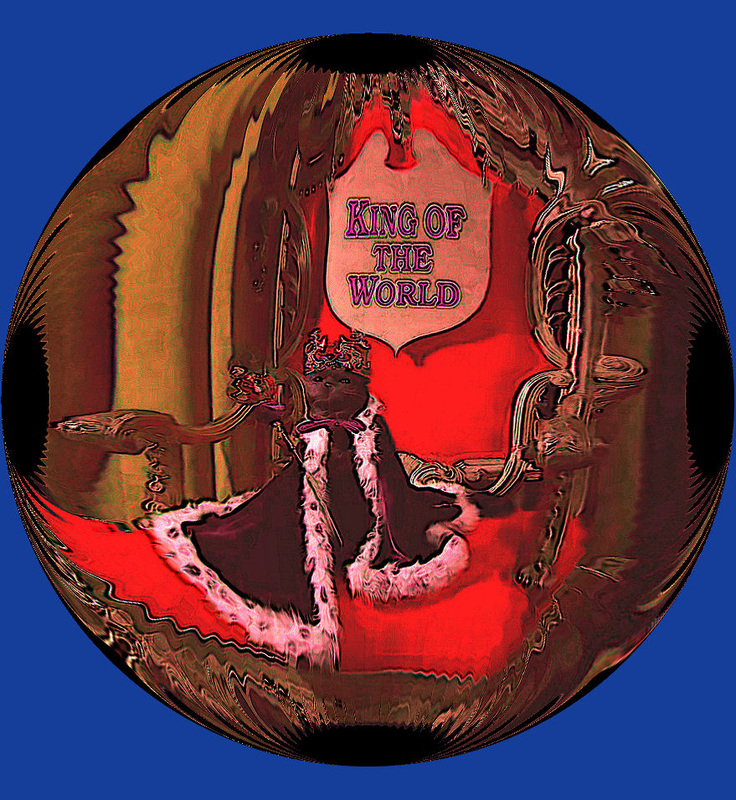