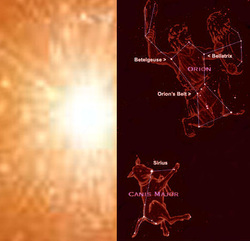 (includes a discussion on Set; Solomon’s Temple; False Prophet Sitting in the Temple of Jerusalem)

The ancient Builders included stories relating to the constellations, in the myths, so as to portray the origins and future destiny of the deity souls (the stars). Thus, both (Osiris and Nimrod) were represented by the Orion constellation. Both, Orion and Nimrod, were portrayed as hunters because the deity souls (involved with playing the role of Nimrod/Orion) play the role of the hunter in the Confluence Age, at the end. In the Confluence Age, the vices are hunted down and destroyed. The vices were represented by beasts and animals in the Copper Age. Since the subtle regions were involved connecting Orion/Osiris/Nimrod to the Confluence Aged service, the constellation Orion was used to portray the destiny of the deity souls for the future. Osiris and Nimrod were both represented by the Orion constellation because the roles of Osiris and Nimrod are connected. One of the reasons why they are connected is based on how I am now allowing those who played the role of Osiris and Nimrod to play a role, now, through the explanations which I am giving now.

According to the myth, after Osiris was killed by Set, Osiris was revived by Isis to live as an immortal among the stars. This portrayed how Isis does this, at the end (as I am doing now). Since Isis does it with God’s help, both (God and Isis) have been represented by the star Sirius, in the myths and through the Great Pyramid.

Osiris was portrayed as being killed by Set because my past birth (and others) were involved with playing the immortal role. Set was an ancient god who was used for giving immortality to the pharaohs/kings. Set killing Osiris represented that it was time for the soul to play the immortal roles. Please read my articles on Set and immortality for a greater understanding  on what I am saying here.

In the Copper Age, Nimrod was a Mesopotamian role while Osiris was an Egyptian role. The role of Nimrod (in respect of being a builder) was  also used, based on the immortal role of Osiris (as Lord of the Underworld). The role of Nimrod and Osiris developed based on the role that Enki and those in his line have to play. Solomon’s Temple in Jerusalem is connected to the Great Pyramid and Nimrod through Enki and those in his line. After the nuclear usage, during the Confluence of the Silver and Copper Ages, it was decided that some of the advanced sciences were to be stopped. This was to make sure that no further misuse of the sciences take place, as had happened from the end of the Silver Age. 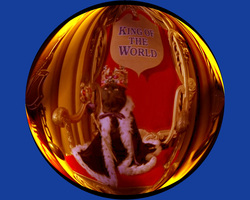 But Enki secretly handed down some of those sciences (which were meant to be stopped) to those in his line. He felt that no harm can be done, through using them, until the sciences were properly developed again at the end. Those playing the role of Nimrod were also given the sciences so that they can play their role well for construction purposes and for the aims of Secret Babylon. The people who were secretly given the sciences were also used to build Solomon’s Temple at Jerusalem. The sciences were secretly used to build the Temple in Jerusalem, so that those in the line of Abraham have something good to use while playing their role. Enki knew that those in the line of Abraham will take over world rule and so he made sure that they got whatever they needed for the proper establishment of their religion. Since the deity souls were involved with the construction of the Temple at Jerusalem, it also included what the deity souls valued. Thus, the Solomon’s Temple was also used to represent that which will happen at the end. In the myths, the third Temple in Jerusalem was associated to the role of the False Prophet which will be played at the end. Solomon’s Temple in Jerusalem and the third Temple of Jerusalem represent the Confluence Age and the world that exists at the end. It was the second Temple at Jerusalem which Jesus Christ had used. What I am doing (now) will help to establish my past births in the Confluence Age and at the end (which is now).  Thus, it is as if it will establish the role of the ‘False Prophet sitting in the (third) Temple of Jerusalem’ at the end, as has been portrayed in the myths.


Since I am a Confluence Aged soul, I try my best not to do anything evil or wrong. I have also noticed that my past birth, who had walked out of the divine world, is not capable of being vicious. But since his role cannot be a Confluence Aged role, his role has been associated to the role of the False Prophet and to evil (in the myths). Actually, it is those in his line who play the role of the False Prophet more than him. His son Marduk, was also associated to evil because of what he was doing during the Copper Age. Marduk also played the role of Nimrod.

The ancient Builders knew that I would be involved with the resurrection of Osiris. Thus, they had reflected this through their myths and structures. The myths and structures were used to glorify the role of Nimrod and Osiris because those roles would help to bring in the divine world at the end. The roles of Nimrod and Osiris will not be used for Confluence Aged spiritual effort-making. They will be used to explain so as to strengthen the believe that will eventually bring in the Golden Age.

I have also discussed Nimrod at:

Nimrod - Part 1 : How the Role of Nimrod Began